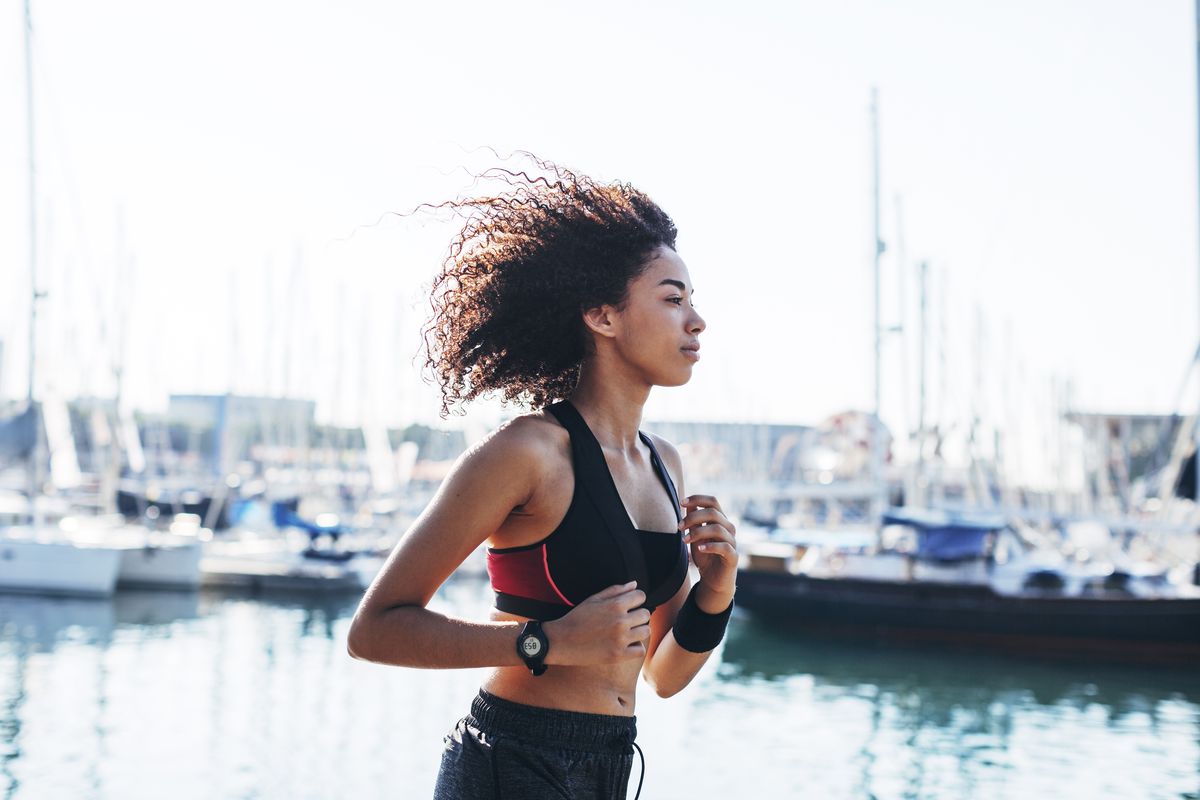 Whether you’re an elite marathoner to a hobbyist trying to break a sweat, the best way to track your average running speed is through mile pace.

Say you go out for a three-mile race. You might go out a little hard because of the adrenaline, then slow down because the first mile was too hard. You’ll likely have a second wind on the last mile when the finish is within sight.

That’s why tracking your average mile time is a great way to monitor your progression. Plus, when you reach a new barrier—like the first time you run faster than a 10-minute mile, for example—it allows you to search out new goals in your running journey.

Every runner is different, so your mile speed varies based on several factors. So before we talk about average running speed, let’s touch on some of the many factors that can affect this statistic.

The following factors play a big role in every runner’s mile speed:

The list could go on. Even what you think about can affect how fast you run, and that’s under your control. Other factors, however—such as height and age—are things you obviously can’t change.

And according to recent number crunching at Runner’s World based on data from the likes of platforms such as MapMyRun, even the type of year you’re having has an effect on one’s average mile time and pace. From mid-April to mid-September—during the start and midpoint of the coronavirus pandemic—the average mile pace recorded was 8.5 percent slower compared with the same range in 2019, which the MapMyRun team attributes to a new or returning runner effect.

For example, when it comes to age, one data analysis performed in 2010 and based on 10,000 U.S. runners who completed a 5K showed the average minutes per mile for runners of different ages. The average overall? That was 11:47 per mile. Men in the 16-19-year-old age range finished the run with an average pace of 9:34; women in the same age group finished in 12:09. The numbers gradually increased as the age groups got older.

In most cases, the gaps between the finishing times of the different age groups weren’t drastic. And you might not necessarily get slower with age. As Runner’s World has reported, many pro runners and average runners peak in their 30s, and even runners in their 70s can keep getting better with age.

Because of the many variables associated with running pace, it can be difficult to establish an across-the-board average running speed, but it’s not impossible.

Don’t fret if your current average time is a little off from those marks. Keep in mind that, while sizable, the dedicated Strava community doesn’t represent the entire running community. Healthline.com also reports that new runners may take 15 minutes to run just one mile, equaling out to four miles an hour.

How Fast Should I Run in a Race?

If you’re looking to find out what your average running pace should be to hit a specific time goal in a race, you’re in luck. Our Runner’s World Pace Charts (in both minutes per mile and kilometer) show what time a given pace will produce for six common race distances: 5K, 5 miles, 10K, 10 miles, half marathon, and marathon. As an example in the chart below, if you want to run under 1 hour and 45 minutes for a 10-mile race, you’d need to have an average pace of 10 minutes and 29 seconds per mile to accomplish your goal.

Use our charts as a reference point after you start training so you can know what average pace is necessary (and realistic) for your upcoming goal race.

How Can You Improve Your Average Running Speed?

If you want your average running pace to be faster, there are several steps you can take to improve, like figuring out how to breathe properly and mixing up your types of runs. You should also recognize the importance of nutrition and hydration and fuel up with good food at the right time to maximize your performance. Stay hydrated, too, drinking plenty of water and consuming energy gels during long runs and races.

Adopt a holistic approach to your training, doing regular conditioning workouts to improve your strength and flexibility in addition to running—a stronger body can help you run faster and avoid injury. Finally, don’t forget to always be aware of your form; having correct technique can prevent injury, too.

The fastest mile ever recorded was set by Hicham El Guerrouj, a Moroccan runner who ran a mile in 3:43.13 in 1999. Guerrouj was 24 years old at the time. For women, the fastest mile ever was run by Sifan Hassan, who clocked a 4:12.33 in 2019. If you’re looking for the fastest average running paces over the course of 26.2 miles, look no further than the world record holders in the marathon—Eliud Kipchoge (4:38.4 per mile) and Brigid Kosgei (5:06.8 per mile).

And just for fun, if Usain Bolt were to ever keep his jaw-dropping sprint going for a full mile at his peak ability, the Jamaican’s top speed in 2009 during his 9.58 world record 100-meter dash would have put him just over 27 miles per hour.

How to Move Your Workout Indoors This Winter

What to Expect from Running While You're Expecting

Master the Incline With These 4 Hill Workouts

How Breathing Affects Your Performance

Here’s When You Should Avoid Running in the Cold

The Impact of Hydration on Disease and Longevity