We earn a commission for products purchased through some links in this article. Why Trust Us?

The RW Takeaway: A new, more subtle approach to stability tech makes Saucony’s Tempus a versatile and supportive trainer for runners of any gait. 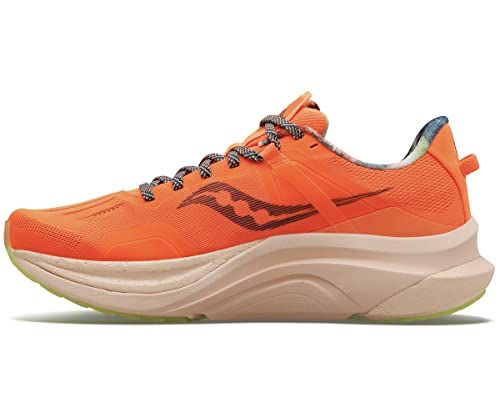 The Axon 2 was a breakout hit among testers last spring. Trailing behind it is Saucony’s new stability shoe, the Tempus—and it’s garnered the same favor. Unlike the Axon 2, which is priced astonishingly low at $100, the Tempus costs $160, the baseline for a premium trainer. This is because its new stability tech takes some DNA from Saucony’s Endorphin series. At the Tempus’s core is Pwrrun PB, the same Peba-based “superfoam” found in the brand’s super shoe, the Endorphin Pro.

“This shoe’s strength is its cushioning,” said one tester who competes for a NYC-based track club and regularly runs 55 miles per week. “It feels like it takes some of the pounding away from your legs, which feels nice. It made concrete sidewalks more comfortable.” 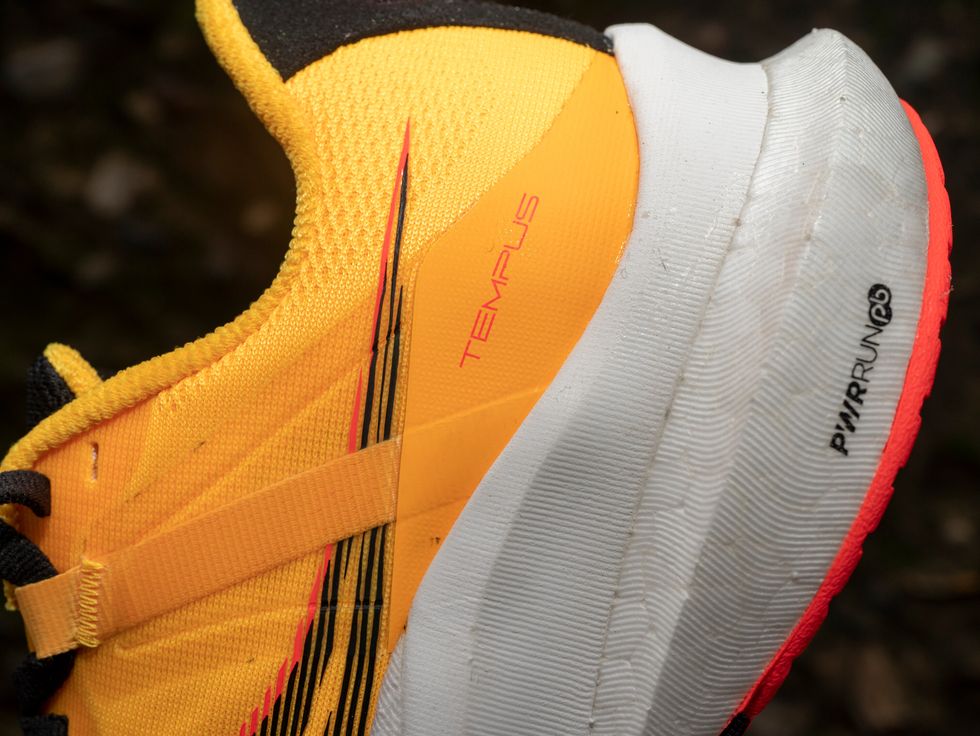 More Photos
A strap on the medial side connects the laces directly to the midsole under your arch.
Thomas Hengge

Saucony categorizes the Tempus as “structured cushioning” instead of stability (still a four-letter word among runners), but neutral and overpro­nating testers alike found the shoe supportive. The curved, EVA-based Pwrrun frame, which starts above the Pwrrun PB under the heel, is the key stability component. The midsole and frame are contoured to both lend support and propel your run.

“I knew that there was significant support because I tend to get lateral knee pain with shoes that lack the stability piece,” said a tester who identifies as an overpronator. Another wear-tester, who has a neutral gait pattern, also appreciated the Tempus’s supportive base. “The stability was evident. Despite the shoe’s very thick heel, I felt stable around turns.” 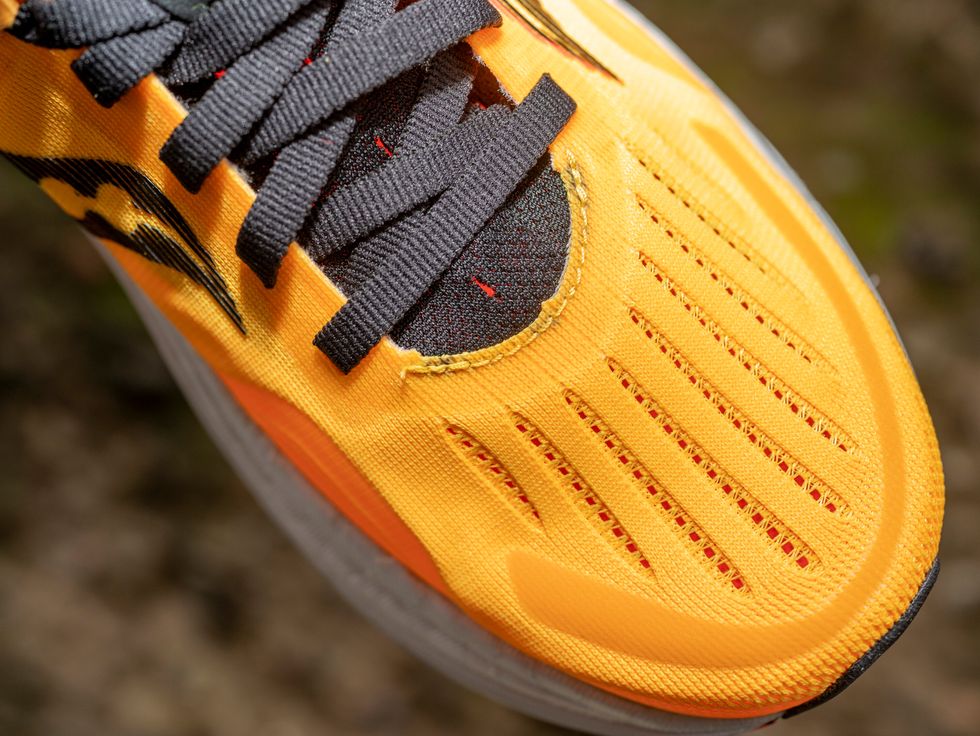 “The first day I wore this shoe was the day after a hard track workout. My legs were still recovering from my first targeted long run—just five days prior—of my Grandma’s Marathon build. My legs were a bit beat up, and these shoes felt so nice. I usually wear a lighter, neutral shoe for jogging (such as the New Balance Fresh Foam X 880) but after testing these shoes, I plan to keep them in my rotation for recovery runs on the day after hard workouts. The extra cushion was forgiving without the shoe feeling too heavy. I was pleasantly surprised at how light the Saucony Tempus felt, despite it being a max-cushioned stability trainer.”

“The Tempus is a great multi-purpose shoe that just about anyone could throw on and start running in tomorrow. I would definitely say the cushioning is firm compared to others I have worn in the past, but it’s light enough that it feels like a natural extension of your foot. I loved the ankle and heel support, as well—I felt comfortable wearing the Tempus for both speedwork and long runs.”

Amanda is a test editor at Runner’s World who has run the Boston Marathon every year since 2013; she's a former professional baker with a master’s in gastronomy and she carb-loads on snickerdoodles.

The Shoe Des Wore to Break the 50K World Record

How Does Asics’s NovaBlast 3 Feel After 709 Miles?

Saucony’s Triumph 20 Is My Default Shoe on Strava

The Hoka Mach 5 Swept Me Off My Feet